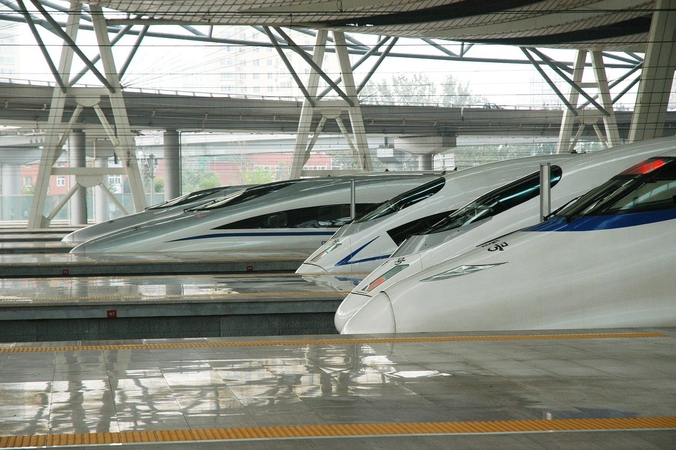 According to China State Railway Group (China Railway), an investment of 67.1 billion yuan of railway fixed asset across the country has been made in July this year, up by 3.6% year-on-year, of which the investment in large and medium-sized infrastructure projects reached 49.9 billion yuan, up by 11.3% year-on-year.

As of the end of July, China Railway has run 141,400 kilometers, including 36,000 kilometers from high-speed railways.

The person in charge of the Construction Department of China Railway said that some new lines had been put into operation since July.

For example, the Shanghai-Suzhou-Nantong railway and the Anshun-Liupanshui high-speed railway opened respectively on July 1 and July 8, which could further improve the regional road network and infuse new momentum into the economic and social development along the route.

As of the end of July, 1,310 kilometers of new railway lines have been put into operation across the country, including 733 kilometers of high-speed railways.

Projects of the Lhasa-Nyingchi section of the Sichuan-Tibet railway, the domestic section of the China-Laos railway, and the Zhengzhou-Wanzhou high-speed railway are all partly completed.