Funstory.ai raises tens of millions of yuan in Series A+ 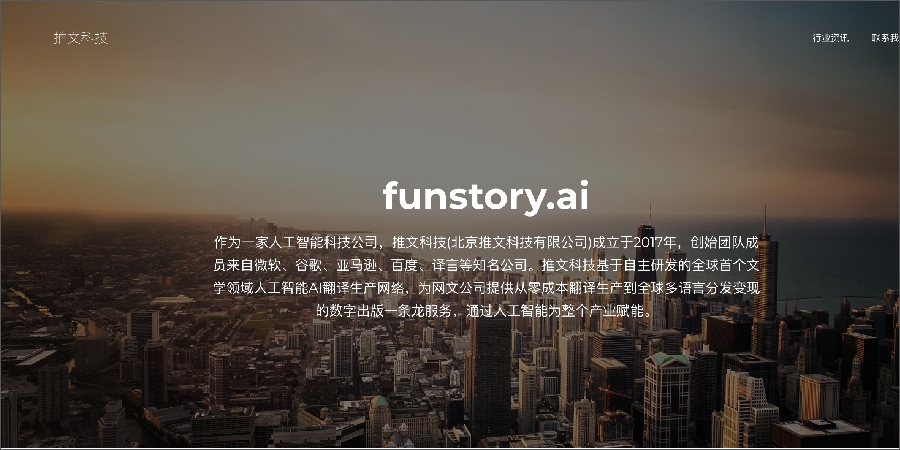 It is said that these two rounds of financing will be primarily used for iterating the company’s AI translation technology, promoting customized writing plans for internet writers, as well as, scale development of internet literature translation.

Funstory.ai, established in November 2017, is an open platform that exports Chinese internet literature to other countries by providing AI solutions.

In August 2018, funstory.ai received several million yuan in its angel round of financing, and 10 million yuan in the Pre-A round, in 2019. The investment was led by WiFi Master and xxs8.com, and followed by Legend Star.

Seven out of ten of the largest companies in China's internet literature industry have adopted funstory.ai’s export solutions.