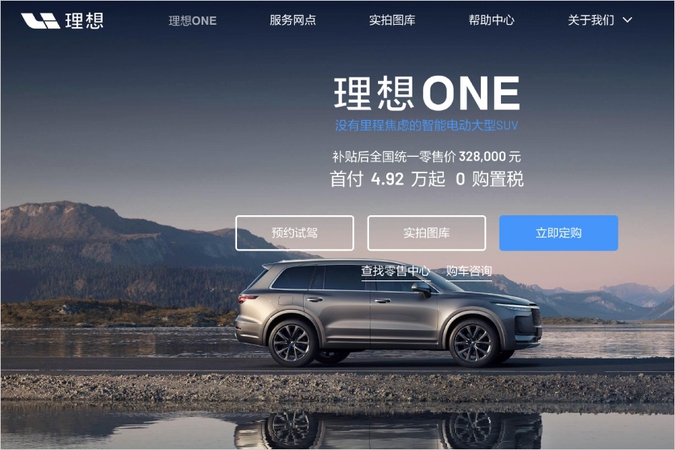 On June 24, according to a LatePost report, electric carmaker Lixiang Automotive is about to receive $550 million in Series D financing, of which Meituan will invest $500 million.

In the report, Lixiang Automotive founder Li Xiang will invest 30 million of the remaining $50 million. The company's post-investment valuation is $4.05 billion. The transaction is currently in progress.

Some media asked Lixiang Automotive about the matter, but the company declined to comment.

In August 2019, Lixiang Automotive issued an announcement saying that it received US$530 million in Series C financing, of which Meituan founder and CEO Wang Xing personally invested US$285 million and Meituan’s DragonBall Capital contributed 15 million US dollars.

In that round, Lixiang Automotive's post-investment valuation was US$2.93 billion, and Wang Xing and Dragon Ball Capital held nearly 10% of the shares.

So far, Lixiang Automotive, which was established in July 2015, has obtained more than US$2 billion in investment.

Supporters include strategic shareholders such as Meituan, Leo Group, Shougang Fund, and Bytedance, as well as Matrix Partners China, Source Code Capital, and financial investors such as FutureCapital and BlueRun Ventures.